Chestnuts, fruits with a rather roundish shape, brown and leathery pericarp, are originally contained in a burr that takes shape on the typical trees of mountain forests: The European Chestnut. It is a succulent, satiating fruit, containing many substances with antioxidant power and rich in nutrients. Until a few decades ago it was considered “the cereal that grows on the tree” or “bread of the poor”, because it was comparable to rice and wheat for its nutritional properties, as well as being one of the basic foods of mountain people.

Chestnut is an unusual fruit, less rich in water when compared to other fruits and particularly rich in carbohydrates, which make it an alternative to bread, pasta or flour. It is also suitable for people suffering from celiac disease because it does not contain gluten. As of today, we know many varieties of chestnut trees and, consequently, chestnuts. These varieties depend on specific factors such as altitude and places where they are grown, so that the chestnut landscape has characteristics that vary from place to place, from region to region and from state to state. Today, chestnuts are a staple food par excellence. 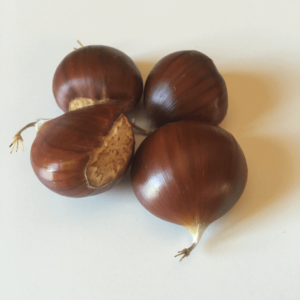 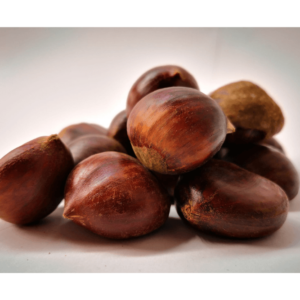 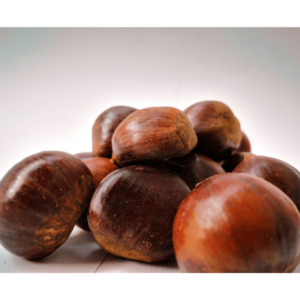 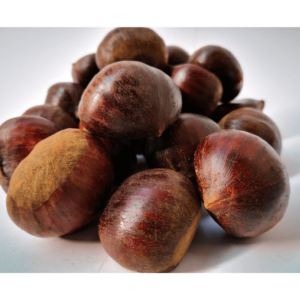 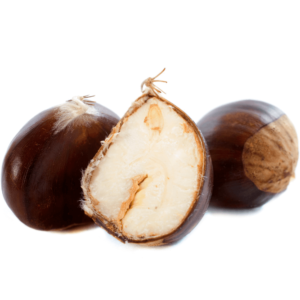 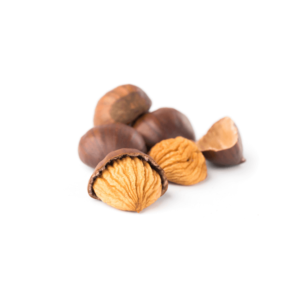 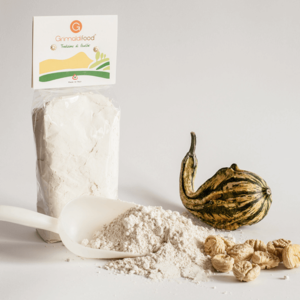 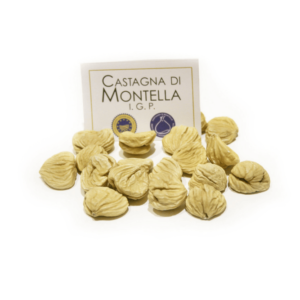 Online sale and price of chestnuts

The purchase of chestnuts and the sale of chestnuts is booming because of their versatility in the kitchen, thanks to the wide range of products derived from them, for instance: chestnut flour, chestnut liqueur, Priest’s Chestnuts.

With its online sale of chestnuts, Grimaldi Food offers the possibility to purchase chestnuts of all kinds, from fresh products to a wide range of products derived from this special and multifaceted fruit, always ensuring the highest quality.